Have you ever stayed in dives because you loved travel so much you had to rough it?

I have and I’m not ashamed to admit it either. I wish I hadn’t had to deal with rats and cockroaches in my room but I have. Yuck. But I’d never have been able to go anywhere if I wasn’t prepared to stay in some funny and rather dodgy places.

I grew up in a watermill. My dad, an architect and dead ringer for Austin Powers (check this funny photo if you don’t believe me), drew up the plans and converted the watermill into a large family home. The mill pond was at the back of the house up a hill.

Inside our living room a glass staircase allowed us to watch the water flowing over the waterwheel, which no longer moved, then disappear under the house. The water entered a long, moss encrusted tunnel running under the living room then emerged at the front of the house as a stream, with rocks for stepping stones and weeping willow swooning over it.

Sometimes we saw water rats trailing a small wake in the mill pond, but the first time I remember seeing a run of the mill rat was not in our mill, it was running over the subway tracks in Munich. This was during the Oktober Fest when I camped free and wrapped myself in kitchen towels to stay warm one night, so a rat on the rails was nothing.

There have been a few encounters with rats on my travels since then and Rats and Roaches on the Road is a  new funny travel stories series about roughing it on the road. Here’s the first story set in Koh Lanta, Thailand.

Rats and Roaches on the Road in Thailand

After a three month and 9,862 kilometer (6,128 miles) separation, when he was in Paris, France, and I was in the lesser known capital city of Vientiane, Laos, the Mucho Man and I were reunited in Thailand. We met in Bangkok where we stayed with friends before heading south to Koh Lanta, a small island off the beaten track where we hoped to enjoy our reunion in peace.

Because the the Mucho Man had been pulling in the big bucks in Paris we stayed somewhere more luxurious than normal, though not luxury by any means. Oh no, far from it.

Still, we loved our Thai island bungalow in Koh Lanta. Instead of just a bamboo hut with the bathroom outside we had a wooden cabin with its own bathroom. Palatial by our standards, and with electricity and running water too.

There weren’t many other people staying at the property so I looked round a few bungalows before choosing the best one.

Through the outside deck of our bungalow grew a hollow tree with a resident lizard who we named Lazy Lizard. We never saw all of him but he was surely a meter long from head to tail. We mainly enjoyed spying on one clawed foot and his lengthy tongue.

The Mucho Man carried with him some Christmas gifts from my mum including Marmite and a Terry’s Chocolate Orange. We always had one tucked into the bottom of our stocking as kids. It’s the smell of Christmas, oranges and chocolate rolled into one. I hadn’t eaten one in years and was looking forward to tucking in in Christmas Day. 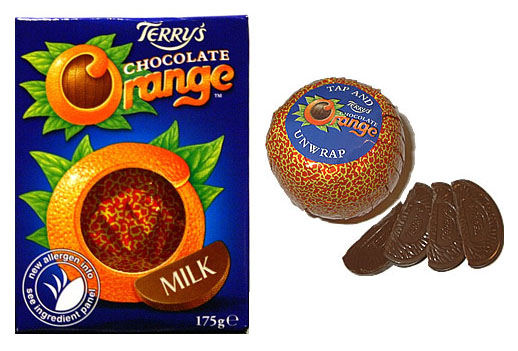 But it was not to be.

The bungalow ceiling was made of bamboo and the first  night we stayed there it rustled ominously. A suspicious scampering could be heard above our head as tiny paws pattered across the ceiling.

Not pleasant, but no harm done. I suggested swapping to another bungalow but the Mucho Man said there was no point.

On the second night the intruder snuck down the walls and scrabbled around on the floor. We turned on the lights, prodded around our bags where we thought it might be hiding for a while but eventually gave up and tried to sleep.

These shenanigans went on all night. Again I suggested changing bungalows but again I was rebuffed by the Mucho Man.

On the third night, maybe through tiredness from our previous sleepless nights we slept right through. In the morning the damage had been done.

The rat (for what else could it have been?) had gnawed a hole in the side of the Mucho Man’s soft bag and eaten it’s way through his clothes, the cardboard box of the Terry’s chocolate orange, the plastic packaging and the foil wrapping until it had finally got to and nibbled my precious chocolate. I think I wept as we threw that chocolate orange away, along with several items of the Mucho Man’s now very holey clothing.

This time the rat had gone too far. We decided to report the roaming rodent to the bungalow staff that very morning over breakfast.

Confused by our english the Thai waiter called the chef to help work out what our problem was. Not knowing the Thai word for “rat” we improvised and drew a picture of one on a napkin which looked a lot like this:

“I think every house on the island has one.”

Then they laughed, shaking their heads and holding their stomachs with mirth.

We laughed too, shaking our heads as well.

The rat was never mentioned again.

Lesson learnt: You can overcome any language barrier when you travel but you’ll have to learn to live with the local wildlife.