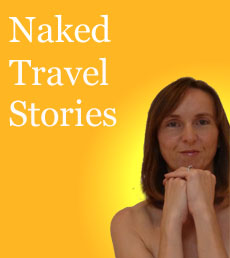 The Australians we’d met in Greece were flying from Athens to Munich for the Oktoberfest. An annual event which attracts beer swillers from around the world. They wanted us to join them and we were keen.

I pointed out that, since my stoic travel companion Karen and I had a short stopover in Yugoslavia before flying on to London, we could just get off the plane in Yugoslavia. From there we’d hitchhike to Munich and, when our money ran out, back to London.

Helped by the thought of being reunited with her new handsome Australian boyfriend who’d been working as a bar tender in Ios, Karen agreed. Amazingly so did the cheap, dodgy and probably long defunct airline.

In Yugoslavia we careened along the motorway in a tiny Renault four whose teenage driver proudly pointed out the souped up engine.

I hate it when drivers spend more time looking at me than at the road and this was a bad case. With shattered nerves we arrived at the German border and treated ourselves to a bus to Munich.

The Oktoberfest was fun. As all the accommodation was booked up months ahead of the famous Munich Beer Festival we were reduced to tricking our way into the youth hostel and grabbing any spare bed we could find or doubling up.

The doors were locked at 10pm and late comers refused admittance.

One morning I woke up in a room with six Danish men. They seemed annoyed because apparently I’d slept in one of their beds so two of these large blokes had had to share the cramped lower bunk. They didn’t see the funny side of it.

One night, once again having lost my girlfriends, I knew I’d missed the curfew at the hostel. 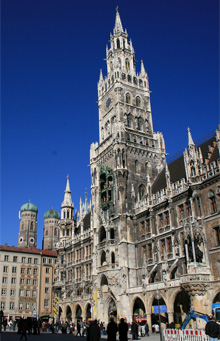 I was with yet another Australian we’d met in Greece. Sid was a bear, covered in dark hair from top to toe and with a permanent rash of stubble on his face. He told me not to worry, we could go and stay at the campsite where there were always spare tents to be found.

It was on the outskirts of Munich and when we finally got there we spent an hour stumbling round in the dark unzipping tents then running off when angry campers shouted at us. Finally we did found an empty tent, furnished with two small camp beds.

Sid was keen for me to join share his but I refused. He was nice enough but I was more interested in sleep than anything else.

But it was cold that night.

Even though I was wearing all the clothes I’d brought for our six week trip round Greece and Turkey I was still freezing.

We got up and look around the campsite for bedding. There was none to be found but I fell upon some kitchen roll in one large tent which I wrapped round myself before getting back on the camp bed.

My teeth still wouldn’t stop chattering and finally I had to join Sam, snuggling up against his bulky body for warmth. It was a question of survival but I still refused to kiss him or remove a single layer of clothing or kitchen roll.

Every day my friends and I met up with each other at noon at the Glockenspiel. Twelve ‘o’ clock at the Glock became our mantra and once again we always managed to find each other.

We were all getting a bit fed up with the accommodation problems though and one day we spontaneously decided enough was enough.

I hitchhiked back to London with one of the Australian girls and we gaped when a red Porsche stopped to pick us up then determinedly squeezed our backpacks in and crammed ourselves on top of them for the ride. I was glad to get back to university and my student lodgings for a much needed rest.

That same trip I’d had a few bad hitchhiking experiences in Turkey. The incident with two menacing transvestites and their mum sticks in my mind.

As does the Turkish firemen who gave me a lift up a mountain to see a temple. They made me hang onto the pole at the back of the firetruck, my palms prickling and slippery with sweat as they flew round the mountainous hairpin bends laughing merrily at the sight of me in the wing mirror.

But that red Porsche was great. It ended the trip on a high note and made me want to do it all over again.

Thank You For Reading the Naked Travel Stories

I’ve got plenty more escapades up my sleeve spanning over 20 years and 40 countries. If you enjoyed this story please stay tuned by email or RSS.

I love these stories. It’s so much fun to hear real stories of travel adventures. I couldn’t imagine sneaking into a strangers tent for the night. I know of several folks around here that sleep with a handgun close by when camping. Maybe times were different then, and maybe there are some cultural differences also.

Hi Eric, lol, I don’t think this would be a good idea in your neck of the woods then! Yikes. But yes, times have definitely changes, I think there are more real dangers now:(

We all need to take a trip like this once a year..but I hope my driver keeps his eyes on the road and not me..

Hi TrafficColeman, oh yes, I guess that could lead to another post on worst driving habits from the passengers point of view:)

Heh… riding the bumper up a mountain is fun for about 30 seconds. Then it’s like “I wonder when my fingers are going to fall off?” I found this out traveling up the mountain to Ocotempa on the bumper of a Toyota 4×4. (Long while back.)

Riding the top of the bus down the hill from Huautla de Jiminez was a lot easier. A lot scarier, but definitely easier.

Hi Dave, the top of the bus?! Ooooh, I don’t like the sound of that. This story is a few decades old but it’s fun to remember all the nutty things we did when we were young and fearless:)

What a brave soul you are! Thanks for sharing such a delightful story. If I had to wrap up in some paper towels and cuddle someone I hardly know, I think I’d be very upset to say the least. My fiance took me to visit friends in Portland, Oregon and they were living in a tiny house shared with what seemed to be at least 20 people, with junk all around and no furniture. We were offered a dirty homeless mattress but the next day I threatened to book a flight home, so he set us up in a B&B. Maybe traveling isn’t in my blood like I always hoped it would be.

Hi Anna, I don’t think I could put up with roughing it much now but it is character-building stuff! I look at backpackers today and sometimes wonder why they bother at all. For me travel definitely includes suffering a few hardships – all well worth it for the amazing people, places and experiences:)

I love the orderly German way – it totally works for me. When I was in Italy and everything was chaotic at all times, I found myself yearning for Germany.

Hi Connie, oh it all works great as long as you can a) get a booking and b) make it back to the hostel before curfew. A few good lessons in the importance of timeliness for me:) I haven’t visited Italy – I’d love to!

I love carefree trips like this where you follow your nose and just experience whatever is put in front of you – As time goes on, travels can develop a tendency to have to fit into ‘other’ schedules and so loose their spontaneity and the wonderful sense of adventure, that you definitely experienced during this carefree trip :)

Hi Linda, it is wonderful to have time to be spontaneous:)

Hi Annabel,
Ah the good old days. Some pundit once said: youth is a wonderful thing, too bad it’s wasted on the young. These adventures are viewed in a somewhat different light as we grow older. I wouldn’t begin to tell my kids many stories from my youth for fear it might motivate to become a “chip off the old block”
Riley

Hi Riley, great to see you here and I agree that is a worry isn’t it? But I don’t want them to think mummy is a boring old fart either…. Lol:) Oh dear, the dilemmas of parenting…

Annabel,
Amazing how can you remember all the details. You must have kept a detailed journal. If I had to write about growing up in Paris I don’t think I remember enough to make it into a story. As far as the Danish guys, since I speak Danish and was born there, it would have been fun to meet them when I was single and searching.

Hi GutsyWriter, I did keep a journal then and have done since I was 8! But I never read them. I think it helped me remember the funniest stories and you could never forget that one.

Can’t believe you speak Danish too. Lol, I Bet those guys wouldn’t have complained so much if it had been you in their bed!

Let’s hope they had lots of beer so they didn’t notice they had to share a bottom bunk.

You are hoot, Annabel. It’s cold in Munich in October!!!!!! Your positive spirit carried you through.

Lol, it is very cold when you’ve only got clothes for a beach holiday in Greece! But I confess I’m a real woos about being cold. That’s why I had to move to the tropics.

It is hard to believe you did this sometimes haha love it!

Hilarious read! What a great, carefree time you had. Loved your details and sneaking around the campsite, teeth chattering and having to snuggle up to Stan, the Porsche incident, the annoyed Danes, etc. but what happened with the menacing transvestites and their mum? Come on, want to know it all.

Hi Penelope, that was a strange incident. They picked me and a friend up hitchhiking in Turkey and spent the whole trip obviously talking and laughing about us in Turkish. It was very spooky and we were half expecting them to drive off with our bags at the end of the trip… or worse. Nothing bad happened in the end though that time. Just a lot of bad vibes!

Haha! I’m with you Annbel – I hate it when the driver is not looking at the road. Scary! At least your experience with cars improved as the trip progressed – being picked up in a Porsche must have been a thrill!

Next post: A Trip Back in Time to England in Spring