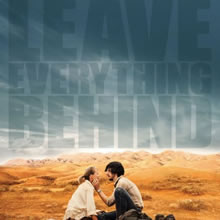 Do You Ever Want to Disappear?

Sometimes the real world seems like such a hard place to be. Sometimes I dream of a place and time where I never have to peer at a text message on a tiny cell phone screen, never have to pay bills and never struggle with online banking.

In this fantasy land I also never have to wear a cycle helmet because it’s the law and, if I don’t wear one and a police car passes by, I’d get fined and have demerit points added to my driving licence. Yes, the laws when you live in Queensland really are that draconian!

The place I want to disappear to is a place of total freedom, with no problems and no obligations to fulfill. It’s also a place that doesn’t exist but that hasn’t stopped me looking for it. 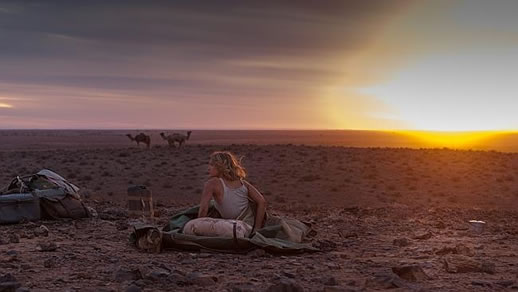 As someone with more than their own fair share of experience in running away from problems I often want to disappear. I’m a sucker for dreaming about exotic, problem-free destinations and very determined in my quest to visit them. Kiwayu Island in Kenya is still one of the best places I’ve ever disappeared to.

So, with my constant yen to disappear, the Tracks movie resonated deeply me. It’s based on Robyn Davidson’s book about her decision to set off on a 1,700 mile (2,735km) journey across the Australian desert and her experiences.

It wasn’t a decision she made lightly and in fact she spent several years planning and preparing for her trip because she really wanted to disappear for a while.

But first she had to learn how to handle and train camels. Then she had to get some camels of her own. Finally, she had to get sponsorship for the trip from National Geographic because that was the only way she could afford to do it.

No one believed that such a grueling journey was even possible but she was determined to attempt it anyway. A fiercely independent and private young woman, Robyn was determined to make the trip alone and succeeded in her mission against the wishes of her family and friends.

The journey took nine months and consisted of endless days of walking and camel riding through the harshest of conditions.

I haven’t read the Tracks book

yet, although it’s lying by my bed, but I’m loving the photos and added insights in the coffee table hardback From Alice to Ocean- Alone Across the Outback

. It includes photos by Rick Smolan, the National Geographic photographer who photographed Robyn, and excerpts from her bestselling book Tracks.

I found a brilliant interview with Robyn Davidson online too with some thoughts on why people want to disappear and a few quotes I want to share from that interview.

On why we want to disappear and technology

“I resist the idea that we should be available 24/7. So, I’m probably a bit odd in that way. But I also think that the story continues to be popular because people do long to disappear under the radar for a while. When you think about it, every culture in the world has had space for people to do that, either as a pilgrimage or that sense of it being important to understand and love solitude. So, I don’t know what it means that in our contemporary world we’re connected all the time. It seems to me that it’s not so much about connection as it is about control.”

“The reason the filmmakers made the film is because it’s a burden that we can’t ever untether ourselves from civilization now. They are hoping [people] will find the story interesting because it’s about trying to find yourself.”

On life and death

“Death is ever present. We sort of carry our skeleton around with us.”

On escaping from the rules and confines of society

“When there is no one to remind you what society’s rules are, and there is nothing to keep you linked to that society, you had better be prepared for some startling changes.”

Do you ever want to disappear?

Until I read that interview I thought I was strange to want to disappear. I still find it hard to believe that other people long to disappear because that seems like a failure in some way.

It feels to me that by saying I sometimes long to disappear that means I don’t appreciate my lucky life and don’t love my family.

So I wonder how many of us would like to disappear, if not forever at least for a while? 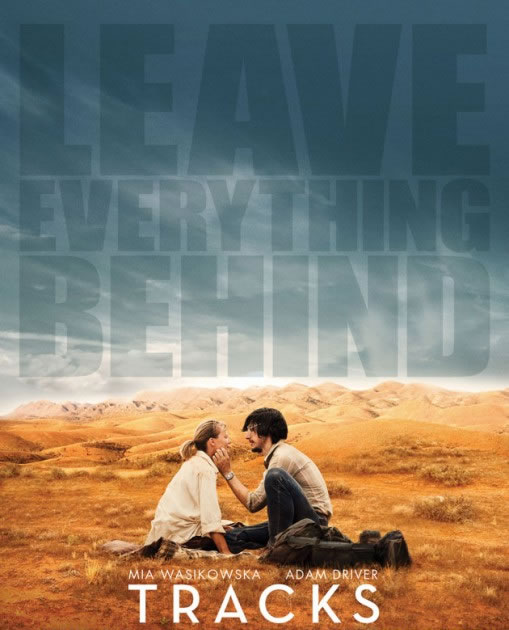 What makes us want to disappear?

Getting off the grid and being free from beeping phones, constant connectivity and information overload is my main reason for wanting to disappear. Even though I take care to disconnect every evening after 7pm and most of the time at weekends, there’s still a nagging sense that I should be connected or that I could be missing something by not being connected.

So to be somewhere where connection is impossible for a prolonged period of time would be incredibly restful.

The modern world is great but we all need to take a break. That’s why I sometimes long to disappear for three months or so, to a simpler place with less demands and more time in nature.

To a place where there is plenty of time for solitude and quiet contemplation. A place where we communicate when we want to on a face to face basis, not screen to screen. When I think about disappearing for a while that’s the place of which I dream.

I don’t want to disappear per se, however I have days of not seeing anyone between the hours of 9 – 3, the beauty of being able to work from home…as for mobiles and the rest of technology…bring back landlines, airmail letters and shops closed on Saturday and Sundays. That what I dream of …if it need to actually disappear I head into a book.x

I’m with you there Monique!

When I was at uni myself and my pal Rosie made Disappearing Cards. If one of us needed to escape, we just played a Disappearing Card and the other one would cover for us as needed. Worked a treat!

I do switch off from the online world for short stretches and find that very refreshing. Currently I just want to disappear from my family and all the domestic drudgery… and I am doing next Friday, unless someone breaks a leg!

Hi Seana, oh that’s hilarious! Live the idea of disappearing cards and so good to hear you’re still pulling off disappearing acts. Enjoy it, I’m sure you will :)

I totally agree with Robyn about not being available 24/7 and I too have resisted Smart Phone ownership –
I’m contactable when in the office or at home via a landline but… If I’m out, I am simply unavailable – It can wait!
Maybe you should try that too? (Take it for emergencies but don’t answer it!)
Periods of solitude, particularly in nature, are critical for my sanity so I love disappearing in a kayak among the mangroves with just kingfishers and kites for company ;)

Yes I need more switched off time. I’m pretty good but less is more with technology. Those birds sound like the best company. What a blissful break.

I did disappear for almost the entirety of 2014. My husband and I travelled around Australia with our two small children and it was blissful, wonderfully liberating and incredibly frustrating. Being nearly completely disconnected from just about everything but our family unit and this wide wide land was one of the best things we ever did. Having said that, plugging back into full time Facebook and hanging out in in one town from the comfort of my house, that is to say, reappearing, has been just as wonderful.
Cheers, Melinda

I’ve done a few disappearing acts myself and can totally relate to the most liberating and frustrating part! Being cut off and living basically for a while does make you appreciate the modcons when you get home. So I guess we need a balance of both of them.

Hey..Currently I just want to disappear from my family and all the domestic drudgery, Being nearly completely disconnected from just about everything but our family unit and this wide wide land was one of the best things we ever did. Having said that, plugging back into full time Facebook and hanging out in in one town from the comfort of my house, that is to say, reappearing, has been just as wonderful. :)

Everybody needs to unplug every once in a while … not sure I’d ever want to disappear completely though!

Disappear not so much. Oftentimes I just want to leave everything behind and go to my bed. Switch my phone off and watch a good movie. Travelling is a great thing but nothing beats the softness of your pillow and the warmth of a blanket–all without the hassle of budget plans and itinerary dramas. We all need a break from time to time. We are not machines. We simply need to hibernate and go to dreamland– where we can be anything or anyone. But hey don’f forget to wake up right? :)

Previous post: 5 Keys to Setting Health Goals and Achieving Them

Next post: Running for Beginners Over 40: for the One Healthy Move Series