As we drive off to a gym in the Noosa hinterland where professional Muay Thai boxers train and where we’ll be joining them for a training session I feel curiously confidant, beautifully buoyant. Because, against all my expectations, over the course of the last 11 months, fitness has become my forte.

Having tried 50 different exercises this year for the 52 Exercises quest I’m fairly confident that this latest test will be about fitness, not coordination, clothing or skills. I’m pretty sure there won’t be any actual fighting involved and I now know I can cope with just about anything else. 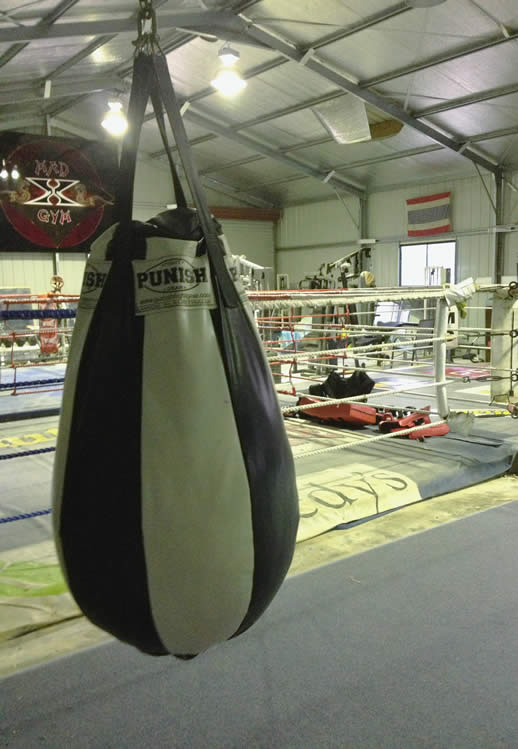 I’ve gone from being a depressed, shy and fearful girl who viewed herself as unsporty and unfit to someone who places herself in the top 20% of fit people in Australia. I’ve just picked that figure out of a hat but it’s probably a good guess.

You could take me to any exercise class, sports club or gym and I’d give anything a bash (pun intended).

I now know my strengths (perseverance, courage and a sense of humour) as well as my weaknesses (hates sweating and getting out of breath, uncoordinated and self conscious) but finally those strengths have overcome the weaknesses.

While I may be streets behind triathletes, fitness instructors and dance teachers in terms of fitness I can literally run circles around the majority of people and not just my people my age.

I know there are plenty of much younger people who wouldn’t have the fitness, strength and courage to tackle many of the exercises I’ve tried this year including skydiving, the obstacle race and the  killer steps. Admittedly most people wouldn’t want to try different exercise every week for a year as I have, but extreme problems demand extreme measures.

When faced with depression I decided to battle it with exercise and therapy rather than self medication or anti-depressants and I’m thrilled that my crazy plan has finally paid off because for a long time there it looked as if if wouldn’t. 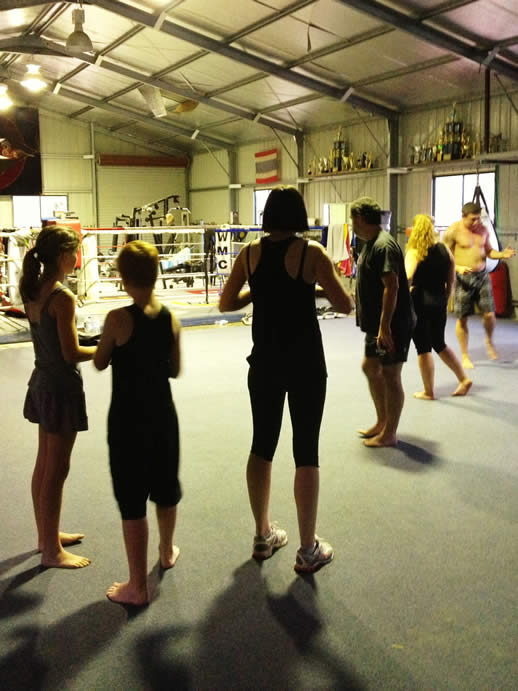 The gym is huge, hot and sweaty smelling. It has four fighting rings, eight large punch bags hanging in front of big mirrors and pictures of fights and fighters everywhere.

There are trophies too, small golden cups, medallions and huge engraved bowls and plaques fill shelves and cabinets. I know I won’t be winning any but there’s a winning vibe in the air.

I have heard of Thai boxing but I don’t really know what it is so it’s time for me to find out. The usual Muay Thai boxing teacher is away but one of his fighters will be training us. He’s a big, quiet Aussie boy with an impressive wodge of muscle behind his neck. 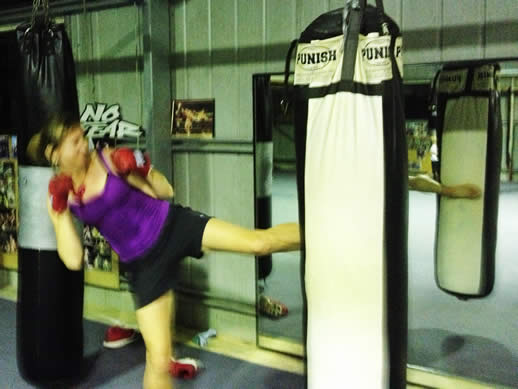 We start off alternating short sprints and push ups. Or was it sit ups… I don’t remember now. We’ll do both crunches and push-ups alternating with punching and kicking galore over the course of the next 90 minutes. Squats too of course.

If there’s one thing I’ve learnt this year it’s that fit people love squats. I don’t.

I love the punching and kicking we do in pairs, taking it in turns to grip the punch pad and field the blows and to punch, kick and thwack. It’s utterly satisfying and tiring. 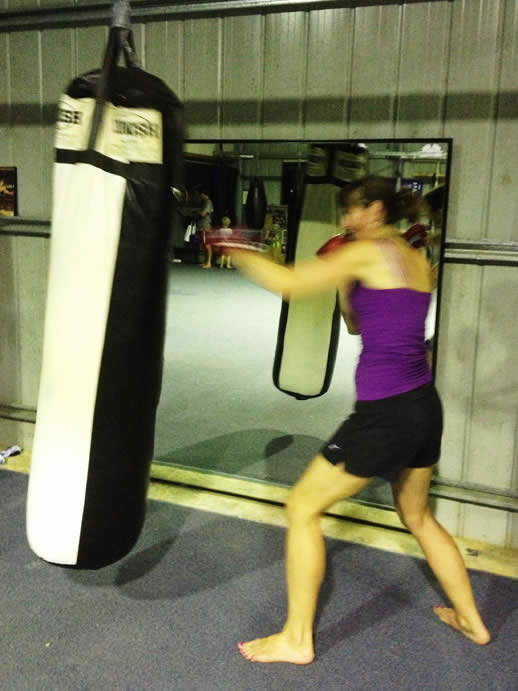 We work on flexibility too, partnering up to push each other’s legs higher into the air so our highest kicks can connect with our imaginary opponent’s skull. It’s at once strangely intimate and slightly repulsive to hold a strangers foot in both my hands and stretch their leg up as high as possible. 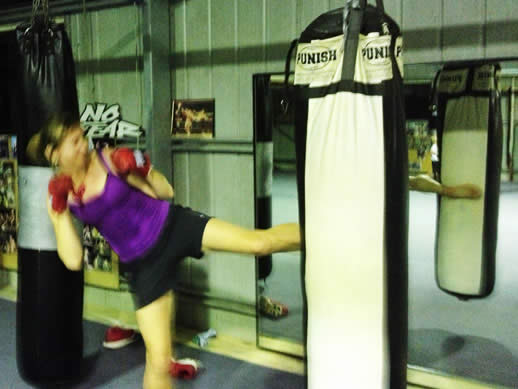 The idea of actually fighting and kicking someone is utterly thrilling and also beyond the realm of possibility. I know I kicked a door down once but I draw the limit at kicking people. We finish the session working alone on the punch bag and then shadow boxing in front of the mirror.

“Turn the wrists,” the instructor tells me. “Protect your face. Punch the chin for a knock out.”

I’m flattered that he bothers to tell me anything because I think we both know that my Muay Thai career is over before it’s begun but it’s that lack of pressure that makes it fun.

We pile back in the car to Noosa for a hot shower, a big meal and a long sleep. The next day my arms and shoulders ache from all the punching but despite that, or maybe because of it I feel great.

Finally I’m not beating myself up for not achieving enough. My mental fog has lifted and it’s clear I’ve come a long way. 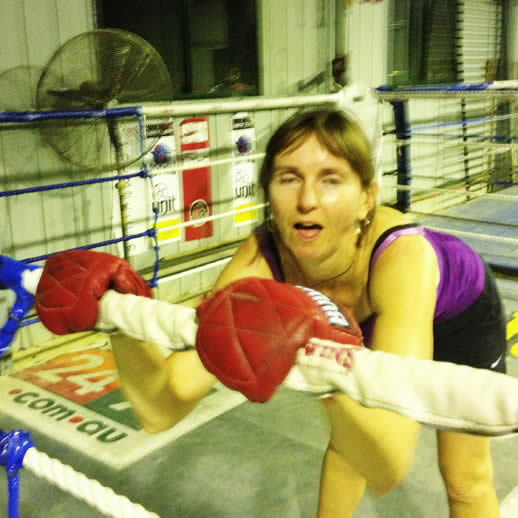 Is life really better after depression or does it just feel that way?

More About the 52 Exercises Quest