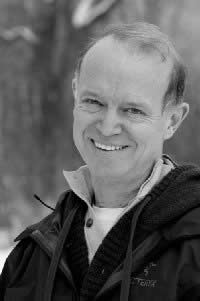 Why the Second Brain Will Blow Your Mind: Video Interview with Philip Shepherd

If you’ve never heard of the second brain then the ideas and information you’re about to read will literally blow your mind. It certainly blew my tiny little mind reading about the second brain for the first time  in The Sun Magazine’s article Philip Shepherd on the Brain in Our Belly.

The idea of the second brain is still new to many people like me, but even if you have heard of the second brain you may have dismissed it as new age nonsense. Not that I hold that against you because the findings about the second brain go against everything we’ve always been taught about how the center of our being and knowledge is in our head.

But the fact is that the study of the second brain is now an actual science called neurogastroenterology and this second brain in your belly can think, remember, decide and act with no help from the brain in the head.

All our lives we’ve been told to use our brain to think out way out of problems. But it turns out that thinking through emotional problems and trying to solve them with the brain in your head usually make you feel worse. Psychologists call constantly wondering why things happen and how we can fix them ruminating and it’s a common cause of depression.

Regular readers will know about the 52 Exercises quest I came up with to combat a midlife crisis. But I’ve also been focusing on mindfulness and mediation to think less, get in touch with my emotions more and start being instead of constantly doing.

I’m working hard to get in touch with my emotions, which sounds so simple but isn’t. Being emotional or sensitive is not encourage in our modern world and if you’ve been suppressing emotions for years they are probably buried deep.

So reading about the second brain and Philip Shepherd’s book New Self, New World: Recovering Our Senses in the Twenty-First Century

caught my attention. It explained why we end up feeling so disconnected from our emotions and ourselves and showed how we can correct that experience.

I immediately bought New Self, New World and lined up an exclusive video interview with Philip Shepherd. The wonders of modern technology allow me to talk with him from his home in Toronto, Canada while I was at my home on the Sunshine Coast in Australia.

The interview on the second brain covers:

Read The Sun article The Brain in Your Belly on Philip’s website and subscribe to his newsletter to find out more about his work and upcoming workshops.

Buy his amazing book New World, New Self available in print and Kindle on Amazon. It’s packed with exercises like the elevator and the hour glass which we talk about at the end of the interview to help you get in touch with your second brain.

Have you ever heard of the second brain before? Do you have any tips for people who want to explore their second brain?

There’s lots of food for thought here, I especially like the idea of opening up the body, finding space. I have read about all the neurotransmitters and receivers in the gut and it does make sense, I do feel emotions in my tummy… and trust my gut, as it were.

I’m on a mission to slow down, slow, slow, do less and make space in life to be… on my computer I have a sign saying: ‘Say no to everything.’ So that I can give myself space to feel my emotions and let them pass.

That’s great you feel that and I love the sign. I need to minimize computer time to make time for just being and getting in touch with that second brain and all those emotions, no matter how scary some of them may feel at first!

This is so interesting and I need to learn more about this. One thing that has really resonated with me, with the Mindfulness I do, is the observing self … that there is the self, but also the observing self. That essence that makes you, you … and that is always there. It’s hard to explain but I think you probably know what I mean. When I finally got it, as in it finally made sense to me, which was about six weeks into my first Mindfulness training, it was a true ‘Oh my God’ moment. Literally changed my life. Thanks, I have so much more to explore.

Next post: 52 Exercises: Iyengar Yoga and Letting Go of the Bank Balance