Though I can’t remember the name of the town or ruins I was going to visit, the journey is imprinted in my memory.

This was my first time travelling alone, rough going, negotiating local buses and staying in the most basic hostels.

I dressed carefully in clothes I imagined would preserve my modesty and allow me to roam Turkey unnoticed. I don’t suppose my  flowing hippy skirts and baggy tops fooled anyone.

I was travelling alone, not only a single white female in a Muslim country but a very young (early twenties) and naive one.  My survival strategy was to keep moving, concentrate on seeing the sights and keep my bedroom door locked at night.

There were no other travelers on my route so it was  lonely at times, occasionally scary for someone who’s been frequently flashed at, but not unpleasant.  Though the food was revolting, the company non-existent and the bedding grey and bobbled, I enjoyed the adventure, the sense of really doing something different and new.

As well as seeing the most famous tourist attractions in Turkey like the Blue Mosque in Istanbul and the ruins of Ephesus I planned to visit obscure landmarks that few tourists visited.

So somewhere on the West coast of Turkey, possibly around Canakkale, I had an overnight stop to visit what could possibly have been the Doric Temple of Athena built in 530 BC.

Whatever the name of the ruin it was perched on top of a mountain outside town not served by public transport. But I had young, strong legs and nothing else to do so I planned to walk there.

But I underestimated both the distance and the temperature.

The trip out of town to the base of the mountain took me long enough and as I started following the road up the foot of the mountain the summer heat began to rise. Soon I was puffed out and sweating, ready to give up on my mission and go back to my room for a rest.

So when I heard a vehicle behind me I knew what to do. No stranger to hitchiking and well aware that it could be a silly travel mistake I didn’t care. It was me against the mountain and the mountain was winning. I’d come a long way to see that ruin and it was ruining me. Now I could see a way to win.

I looked behind me and stuck my thumb out at the Turkish fire truck that was coming towards me. At first it seemed as if the firefighters weren’t going to stop but they ground to a halt a few hundred meters up the road.

I ran towards them and approached the passenger door. The firefighting driver and his sidekick peered out. They were dressed in full firefighting uniform with big boots and black hats.

“Please can you give me a ride to the top?” I asked politely.

They nodded enthusiastically and jerked their head towards the back of the fire truck. Confused I looked back.

The firefighters didn’t speak English and I could only say a few words in Turkish. There weren’t any other doors in the firetruck so I wasn’t sure where I was supposed to sit.

The sun crept higher and they motioned again towards the back of the truck, miming that I should climb on the back and hang on.

Having been a huge fan of Trumpton, a popular British children’s TV show about firefighters from the seventies I suddenly realised what they wanted me to do. They wanted me to stand on the back of the truck and hang onto the pole while they drove up the mountain. 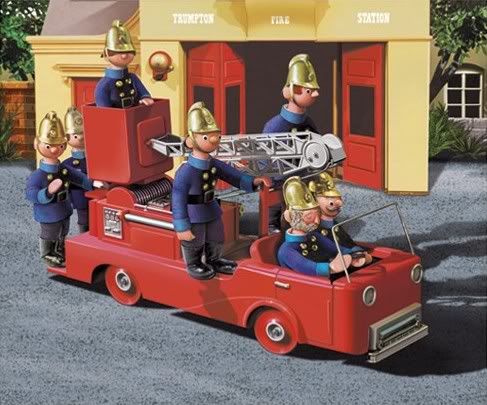 What fun, what an adventure! It was a dream come true until we set off.

But first I positioned my too big feet on the back step on the left of the firetruck and held onto the metal pole with both hands. Then I gave a smile and nod to the passenger who was watching me in the wing mirror.

These guys were trained professional, brave firefighters no less, who saved people’s lives. I was grateful to experience the kindness of strangers. I felt safe with them. That as my first mistake.

My second mistake was to stand on the left of the truck on the outside of the road because we were soon careering up a mountain pass at speed with me dangling over the edge.

I hung on for dear life, my hands sweating profusely and slipping against the metal, palms slick with the lethal combination of heat and terror. Right next to me the mountain fell away precipitously. If I fell off the firetruck I’d fall right down the mountain.

My face was etched with concentration and fear as I struggled to stay on. Walking in the hot sun would have been so  much easier.

Meanwhile the firefighter passenger watched me happily in the side mirror, laughing in mirth. I silently cursed them and their cruel tricks disguised as kindness. Then I cursed myself for my laziness and wished I’d walked.

When finally we reached the top and the firetruck ground to a halt I stepped off gingerly, wiping my hands on my skirt and ready to kiss the ground such was my relief at having survived the journey.

I thanked the firefighters politely, even though they’d given me the most terrifying journey of my life, and wandered round the ruins aimlessly, barely noticing the view or the ancient ruins. I was alive and that was all that really mattered.

When I’d fully recovered I waited until the firetruck left and found someone else to give me a lift back down. As long as I was in a car and not dangling off the side of a vehicle I figured I’d be safe.

It wasn’t fun at the time but hhitchhiking a ride on the back of a firetruck hanging on to the fireman’s pole makes a funny travel story. They probably don’t even let firemen ride like that in most countries.

But I did it. I hitched a lift on a Turkish firetruck and hung onto the fireman’s pole for dear life. It’s a unique travel memory and the kind of crazy experience that makes me want to travel more. 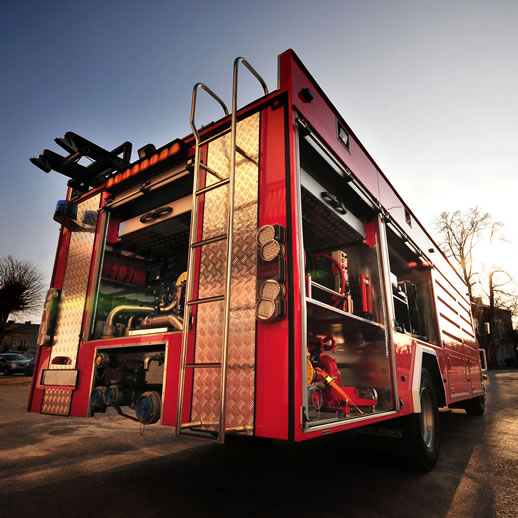