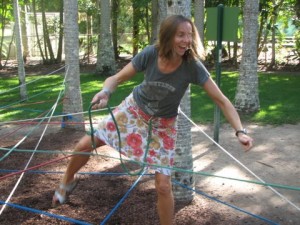 In March I sent a story idea, and an example of my writing, to the editor of a local newspaper, and received my first rejection as a writer. The full story on my first attempt to kick start my writing career is here. Come June, I was overdue for a second attempt.

I can’t believe it’s taken me three months to send my writing to someone else, and not because I’ve been too scared, but because I’ve been too busy writing my novel. Last week in a misguided attempt to boost my ego and my cash flow I thought I’d try again. This time I sent an insightful, witty and tightly written travel article to the editor of the travel section of a national newspaper. I swear, this article is excellent, so good in fact that I may pop it on my website some time. It’s about the annual Hipica, or horse parade in Granada, Nicaragua, a fabulous fiesta we went to in 2007.

In the back of my mind I knew the Granada Hipica wasn’t the kind of thing they cover in this type of publication, but I really felt it was a great story, and I want people to know about this unspoiled and little visited part of the world and the ‘horsey party’ as I saw it described. Now I’m thinking that if I want to be a travel writer in the popular press I’ll have to write about Disneyland and mainstream stuff like that. I can only hope that there is a market for travel writers who get off the beaten track and that I’ll tap into it one day.

For the record, here’s my second rejection email

“Thanks for the offer Annabel,

This story is too specific to an event that even you admit in the copy is pretty much unheard of.

For Granada I’d be more likely to accept a piece along the lines of 72 hours in Granada, where to stay, what to eat, what to see, must dos etc. That kind of thing.”
(Name and address withheld)

What a great rejection slip. Notice once again that the editor didn’t say anything like “get lost loser and stop bothering me.”

By the way, I’m still corresponding with the ed in question who’s a lovely man and has been very helpful. I’ve promised to rewrite my travel article on Granada as per his suggestions and hope that I can make it to his liking this time. In my mind I’m thinking of it as my first commissioned piece even though as my dear hubby pointed out the editor doesn’t know that.

Maybe but I haven’t got enough rejection emails yet: it’ll take a lot more than two to deflect me from my dream!

Thanks for reading, feel free to add your comments below and don’t forget to subscribe by email now if you haven’t already so you don’t miss out.

Good luck with all your plans!

Hi Annabel
I love the way you write!! Very down to earth and up beat. I will read more! How do you get on with Grammar? Do you get your writing read checked professionally and what is the book about (apart from travel)? I’ve only read one post – be proud – you are talented. Can’t wait to read more.
Lesley, Found and Lost pets, Grumpyarse Blog, And all else!!

Well done Annabel! I think you’re on the right track. Of course you’re going to get rejection letters! That’s all part of the journey. Otherwise it wouldn’t be as exciting when one of your fabulous articles IS accepted!
I particularly loved this part of your blog post:
“I’ve promised to rewrite my travel article on Granada as per his suggestions and hope that I can make it to his liking this time. In my mind I’m thinking of it as my first commissioned piece even though as my dear hubby pointed out the editor doesn’t know that.”
I think that sums up your way of thinking – and I think it’s that type of thinking that is going to make you a VERY successful writer!!

All great stuff, not the rejection part, sorry for that. I know it will all work out for you. I am working on a book that is taking forever. I hope all this work isn’t for nothing.

Yes, id expect a lot of rejections before you get into the groove. If you get on with the old boy at the local paper, im sure he will publish something soon if you keep badgering him in a friendly way !

Just remember Harry Potter was rejected a bunch of times! You HAVE to have rejection letters so you can have them hanging in your 15th downstairs bathroom when your collection of books is published by a company who understands today’s market like you :)

ARE published not IS published… sorry to all you proof-readers out there :)

I have beautiful home in Granada for rent or sale.