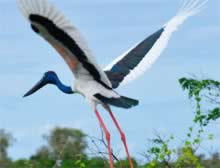 5 Reasons I Want to Fly Away to Darwin

After visiting Uluru, Kings Canyon and Alice Springs in the Red Center last year I’m mad keen to see more of the Northern Territory and Darwin’s top of the list.

And it’s not just me who’s dreaming about visiting NT. Apparently more than 50% of Aussies have the Northern Territory on their bucket list.

Why I Want to Go to Darwin

It’s no secret I’m a country girl. I get overwhelmed when I hit the big cities but, with a population of under 80,000, Darwin’s my kind of place – vibrant and cosmopolitan but laid back and friendly. Darwin is also within easy access of some of Australia’s wildest scenery so as well as exploring the city you can get out in nature.

So when Tourism NT asked me to inspire more Aussies to reconnect with the true Australia with an NT adventure of course I said yes. Not that I need any more inspiration myself.

Planning trips is one of my favorite pastimes (also known as favorite way to procrastinate) and, although I’m not sure exactly when I’ll make it to Darwin, I know I’ll get there some day. Here’s why I’m hanging out to go to Darwin:

Darwin has an incredibly diverse culture; as well as its strong Aboriginal heritage it’s a melting pot and home to 75 nationalities each with their own customs, culture and cuisine.

I want to go to the Darwin markets for indigenous art, food and culture and see works by local Aboriginal Australian artists in the many art galleries. 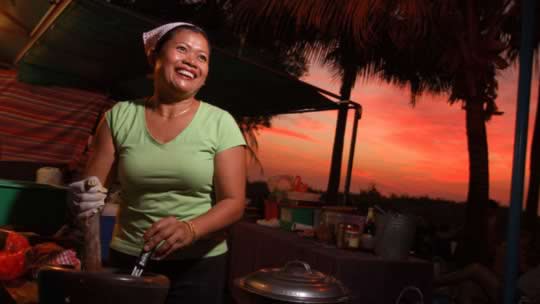 Darwin is surrounded by some of the remotest and wildest beauty spots in the world. I’d love to hire a 4WD campervan and drive to Kakadu National Park. It’s the holy grail of Australian travel destinations as far as I’m concerned – check out the amazing photos here.

Officially Kakadu is about a three hour drive from Darwin but you’d never make it in three hours because there are so many distractions along the way.

Driving through Kakadu National Park looks like an adventure in itself 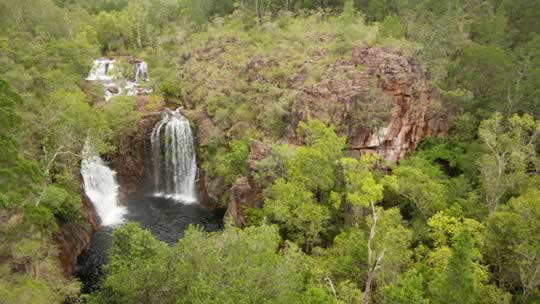 Walking is another of my favorite activities and I take great pleasure in dragging the Candy kids on hikes up mountains, down to waterfalls and round gorges. They’ll thank me for it one day.

It’s an easy walk to Wangi Falls so that won’t be a problem but I’d love to go on a longer hiking adventure by doing the two-day 18km Litchfield National Park bushwalk from Wangi Falls to Walker Creek. Now that would be some quality family time.

Maybe we could take a walking tour with a local guide to learn about the local flora, fauna and stories. 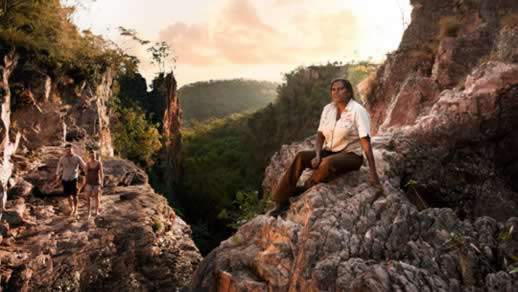 I love birds and other critters. Even the not so cuddly ones. While driving and walking in the NT national parks I’ll be keeping my eyes peeled for wallabies, sugar gliders and quolls which I’ve never seen one of those in the wild.

I’d like to get up early and sneak out while the kids are asleep to do a bit of quiet twitching. Birds names are always interesting but I especially love the idea of seeing Spangled Drongos, Dollarbirds and a Rainbow Bee-eaters in NT. Darwin and its surrounding area has more than 400 species of birds so that should keep me busy.

I’ll also be stopping at the Mary River Wetlands on the way to Kakadu National Park for the bird-life and to see bug definitely not swim with the saltwater crocs. 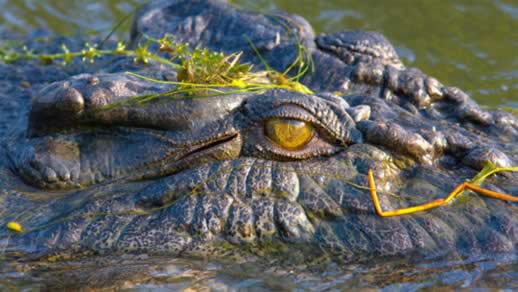 More Amazing Images from Your Own Backyard – Darwin and Surrounds

The dry season is the best time to go to Darwin or anywhere in the NT from April or May until September or October. So it’s perfect for a winter break to escape the cooler weather in other Australian states at that time of year.

How can I get to Darwin and the NT?

Plan Your Trip to Darwin or the Northern Territory

The Travel NT website has heaps of inspiration and advice to help you plan your dream trip to NT.

But don’t just dream about going to Darwin or the Northern Territory. Book it in now before those overseas visitors beat you to it.

Post sponsored by Tourism NT. All images from Travel NT.

I have to get to Darwin and the Top End asap. The Red Center was amazingly lush (for the desert!) when I was there last year and the photos of the greenery in the Top End are incredible.

I hope you manage to make to Darwin and the NT with your kids :)

I heard a lot of things about Darwin plus your post here makes me want to come and see the place one day as well. Looks like a beautiful place to travel. Love your stunning photos! Nice share!

I think one of my best visits to Darwin – well, Kakadu really – was towards the end of the wet season. Despite the almost unbearable humidity, experiencing a tropical downpour was sensational.

In Darwin, make sure you send time strolling The Esplanade area, and take a sunset cruise on the harbour, and …

Well, guess I’d better leave you to discover it all for yourself.

Lol, love the tips and you’re right the tropical downpours are incredible too. You don’t get that lush greenery without the rain so good to experience it :)

I have never been to Darwin but am planning to go there with hubby who wants to climb Uluru. So one day, we’ll get there. It is truly beautiful and if all works well, I would take my kids there too.

I have seen a lot of Australia and the Alice and the Rock but never Darwin – these are all great reasons for me to change that status in the next year or so but also because one of my best friends is moving there in September!

I’m planning on a trip to the top end in a few months –
There’s so much to see and do I’m not sure where to start and which way round to do it to fit it all in ;)
I’m a nature fiend like you so exploring waterfalls and billabongs is high on the agenda – And of course a bit of rock art… and the birdlife on the water plains… and of course the sky full of stars at night not obscured by any city interference…
Can’t wait :D

We had such an incredible visit to The Top End. It’s such a rich landscape. We flew into Darwin, sailed across the top to Gove and then drove back to Darwin through remote Arnhemland and via Katherine and Kakadu. I wish we could have spent more time exploring. Great piece!

I’ve been three times to Darwin and would go back any time. I went as a backpacker, then when expecting first son and then with second son when he was 11. He and I did a great trip into Kakadu, blooming marvellous it was. I’d love to go with all the kids and.. shall!

Loved the photos, the joys of armchair travelling.