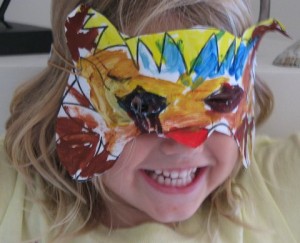 Kiara helping us remember what life's all about

There is one cause of great frustration in my life at the moment and that is my typing. I actually thought I was quite a good typist to begin with, reasonably fast, but I made a lot of mistakes. So I decided to follow the Mavis Beacon Teaches Typing CD ROM and it is a nightmare. First Mavis evaluated my skill level and pronounced it to be 8 words per minute. The same as my ten year old! Basically, I am having to relearn how to type and it is taking forever. After four hours and 40 painful minutes of hard work with Mavis I have attained a top speed of 24 words per minute. Big deal. I’m sure that I was much faster before I took the lessons.

So the question is not whether an old dog like me can learn new tricks but why she would want to. Poor Mavis has been cursed and trashed mercilessly throughout the progress, despite her never ending patience and kind words of encouragement. Apparently I am a great typist in the making! Hardly the kind of thing I aspire to I can tell you. But this is a means to an end and if it helps me write faster it will all be worthwhile. The big problem is that I have to do it all Mavis’s way. It seems with typing there is no room for creativity and little need for style. In short its is all rather a yawn.

One Day Later in the Battle to be a Terrific Typer

I have now done five hours and thirty minutes of typing practice. The net result of all this hard work is that my speed is now 24 words per minute. The same as before! In the interim I was promoted to intermediate level. A huge hurdle that really made me think I was finally getting somewhere. Then I got demoted back to beginner level. Truly demoralizing and all because Rich was talking to me during a test. Mavis is a cruel task master who shows no mercy. She keeps making me repeat the home keys when even a child could see that it’s the critical full stops and commas that are slowing me down. That and constant petty errors as my fingers struggle to control themselves and stick to their allotted keys. If it was a football game there would be a lot of whistle blowing and calling “off side”.

I decided to step up my running as it was going to take too long to be able to run for 30 minutes on the trot so this morning I ran three lots of ten minutes. The typing is going worse than running – still only 28 words per min after six hours of effort!

It turns out I wasn’t as mean as I thought I was and I shipped loads of toys and other children’s paraphernalia over to Australia. Small is finally asleep with at least 20 stuffed animals. The little lamb is just not going to sleep in the evening and I think she has been sleeping at childcare. They encourage all the kids to lie down and rest after an early lunch. Well, force them actually. Small said she got told off for fidgeting during rest time. I will have to broach it with the teachers.

Next post: Migrating to and Networking in a Foreign Country