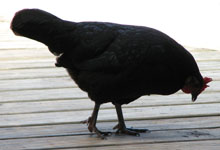 Would You Eat Chickens’ Feet?

I didn’t notice what Mr. Chiunda was wearing on his feet the first time we met. All I could really focus on was the crunch as he bit into his meal with relish, chewing slowly, assessing the blackened remnants in his hand and chomping down again.

It took me a while to realise the bowl in front of him contained chicken’s feet and the twig in his hand, the gristle stuck between his teeth were chicken feet too. Or parts of them. Skin, bones, claws.

Mr. Chiunda tucked in with relish, barely taking the time to greet me even though we would be house mates and colleagues. He the headmaster, I the new teaching volunteer sent over from England to help him educate his students and share the load of teaching in trying circumstances in a rural area of Zimbabwe.

It didn’t take long for us to reach a mutual dislike of each other. In five seconds I pegged him as unfriendly, untrustworthy and uncaring.

I’m not sure if he assessed me likewise in those first moments or if he already knew before meeting me that I would be a thorn in his side. A disruptive influence in staff meetings, a rebel who would disobey his orders and a potential threat to his dreams of freedom.

Maybe he didn’t like my hair, my shoes, my clothes. Many didn’t. But more likely he saw me as a threat. Someone was sure to unmask him. It could have been me. But no one did. No one could have because Mr. Chiunda held all the power.

Mr. Chiunda who was waited on by his nephew Nicholas, a virtual slave yet smiling and willing worker in return for a free education.

Mr. Chiunda who called a staff meeting to make sure his male teachers had free access to beer and prostitutes no matter what their wives thought about it.

Mr. Chiunda who led a band of teachers through the village, stooping under door ways, slowly letting his beady eyes adjust to the dim light inside those thatched huts so he could search people’s houses and repossess any books they’d squirreled away there.

Mr. Chiunda who disappeared and never came back. Quietly vanished overnight along with all the school funds. Both school fees paid by those poverty stricken subsistence farmers who dreamed of a better life for their children and the money we’d painstakingly raised for building and gardening projects that now would never be completed.

Many of us dream of a better life. For Zimbabweans in 1992 a life in America or Europe was unreachable, unthinkable. But some Zimbabweans made it over the southern boarder to South Africa where it was rumored life was better, jobs easier to come by, food cheaper and more readily available. But getting to the promised land cost money. There was the trip down south, the bribes needed to cross the border and the costs of setting up a new life.

Mr. Chiunda shoes were tight, brown, highly polished by Nicholas so no trace of the red dust that surrounded us stuck to them. His body slim, his clothes neat. His plan well-thought out and executed.

Mr. Chiunda took his opportunity and ran with it.

Was he a coward, a thief and a confidence trickster? Or was he a brave man who did what so many others would have done if they had only had the chance? Fleeing a country of poverty and despair to start a new life somewhere better. Using his position of responsibility to access those school funds and take them with him. That was his golden ticket. His one hope of a better life.

I think about him often and wonder. Did he take his wife there later? Did he secretly contact her when the dust had settled and tell her where he was and help her join him with their newborn baby? Or did he leave that  young wife and baby to find out via bush telagraph that he had gone and leave them to slowly discover that he wouldn’t be coming back to Zimbabwe, that he wouldn’t be coming back for them. Not now and not ever.

Those are shoes you wouldn’t want to walk in but if you did where would they take you?

Would you stay or would you go?

What’s the most revolting food you’ve encountered on your travels?

Along with chickens’ feet crispy fried giant caterpillars is another delicacy I politely declined to eat in Zimbabwe.

One of my favorite Bill Cosby jokes… “Who was the first person to watch a chicken scratchin’ in the gravel pecking at their own droppings and said, I’m going to eat that!”

Hi Barbara, lol:) Surely chicken’s don’t eat their own poop though do they?!

It seems sort of mandatory to test the “white folks” out at any traditional east Asian dinner, “Will he eat it or will he not?”

Upshot: I don’t much care for them boiled. Deep fried I’ve never had, but that sounds much tastier.

Great story from Africa. I know myself well enough (I think), I would not have left.

Hi Dave, oh I think that’s true in some places but in Africa they tend to eat anything because they’re hungry so they can’t understand why you won’t. I agree, deep fried and crackly chicken’s feet does sound delicious compared to boiled. Ugh! Kudos to you for trying that:)

What experiences you’ve had, Annabel.

Having lived all my life in Australia, I find myself shuddering at the thought of chickens’ feet, sheep’s eyes and such ‘delicacies’. But then, I don’t know what it’s like to have to rely on meagre resources to survive.

I watched others on my group tour to Europe refusing to eat rare roast beef at an Italian restaurant – guess there are many of us who’ve not moved too far from our comfort zone.

Hehe, I don’t eat beef at all. In fact although I consider myself adventurous in most areas of life I’m not with food. Or at least not with meat! Thanks for reading – hope to inspire you to get out there yourself one day:) I will find more pleasant things to write about!

Hi Annabel,
In my most adventurous moment, I tried a bogong moth… in all honesty, it didn’t taste too bad but the texture was not to my liking. I drew the line, however, at witchety grub. I didn’t even have to travel far to savour these delicacies – just into school as usual. I will also admit to having reservations about eating snails and/or frogs legs, and I did pass up the opportunity to try fried chicken feet. Also, forget tripe, brain and most other organs (although I used to enjoy a little bit of lamb’s fry – and kidney is acceptable as in steak and). Isn’t food a strange thing? My mother tells me that ants (large. fat ones) dipped in chocolate were considered a fine treat in Nigeria where I was born – perhaps not quite as strange as it would seem as I believe honey-pot ants here in Australia are also valued as a sweet treat.
Bon appetit.
:)

What on earth? A bogong moth sounds very hairy… in all senses of the word! Where did you go to school?

Now if those ants were dipped in chocolate I might try them:)

Hi Annabel,
The school in question was in Canberra – where I was teaching a Year 5/6 at the time… we were exploring one of the local delicacies (pre- European settlement). There was a brief craze for collecting the moths for gourmet restaurants, but I don’t think it caught on.

I believe the ants dipped in chocolate were as large as your little finger (pinky). My mother declined the opportunity. I suspect the chocolate would be to my taste, but the ants..?

Ha ha. As much as I speak for the power of the mind to overcome any limiting belief… Eating Chicken Feat is one that I am not eager to take on!

Although I have eaten Monkey Brains… so you never know. :)

Hi Rob, monkey brains?! I would pick chicken feet over those if you put a gun to my head and make me eat one of them:)

I will eat chicken feet, as long as they pull away the skin before they cooked them. Its a delicacy in some part of my country.

Cute story about chicken feet- I got invited out to Yum Cha with some Chinese friends of mine. For those of you not in the know Yum Cha is where the group orders small platters of a variety of dishes, one of which was chicken feet.

We were in law school together. I wasn’t about to show a white feather in front of them.
I picked up the little claw and started nibbling the skin off, like a teeny tiny rib. They all broke out laughing around me.

Turns out the *correct* way to eat a chicken foot is to put the whole thing in you mouth and suck the meat off, then spit the bones out.

I’d like to think I’d try anything once, but then again! Although they might be more appealing than some of the food you get from certain fast food establishments.

I’ve eaten witchetty grubs in Oz, pigeon pastilla in Morocco and who knows what it was in Kazakhstan.

Yes, I tried chicken feet, because they are present as a base in every chicken soup in Serbia:) I don’t like them at all! My mom used to scare all of our friends by offering them a “chicken foot” when they were visiting and we happened to have soup. She tried that with my girls, and while the middle one shrieked in horror and the oldest made a disgusting face, the youngest, only four at the time, accepted the offer and to this day loves to eat chicken feet (the rest of us are still horrified).
I have to go to the Asian stores to buy them for her a few times a year, just to satisfy her cravings:)

Is impossible to avoid. Is a a part of the south east
Asia training. Better than this BBQ dog I use to eat in Laos
Sell for duck :)

Next post: Is the Granite Belt Queensland’s Best Kept Secret?