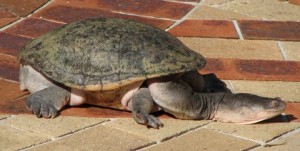 Two of the cardinal rules for good parenting are not to stereotype your children and not to compare them. I can’t manage that though because I notice that my older son, aged 11, is often quiet, serious and thoughtful whereas my younger son, aged seven, is boisterous, irreverent and irrepressible.

Take the drama show they were in yesterday as an example. The older son concentrated, spoke well and put on a fine performance while the younger son managed to fit his lines in around much improvised face pulling, fidgeting and theatrical bum scratching.

Another example of their differences presented itself via illustrations of a developing penis in the wonderful book, Puberty Boy which we recently borrowed from the library.

Of course, the book was borrowed for the oldest son but he showed little interest in it.

In fact, he appeared not to read it at all, although he did come dashing out of the loo a few days later looking delighted and claiming:

“Mummy, I’ve got hairs growing on my penis.”

My younger son showed more interest in the book though, studying the penis diagrams carefully and coming over all gleamy eyed as he asked:

“Mummy, have you got a book like this about girls?”

Thanks for reading, feel free to add your comments below and don’t forget to subscribe by email now if you haven’t already so you don’t miss out. Good luck with all your plans!

haha welcome to a new stage of motherhood… you’re such a cool person… you’e kids must love having you for a mum!!! Apart from when he realises you have just announced to the world he has penis-hairs hahaha

Can supply puberty girl book for younger son if you want! or perhaps not just yet

Hi Annabel, very funny. If you get time please go to my blog and read “Pinky’s Guide to the Birds and the Bees” with your sense of humour I think you’d like it!