Now I’d like to share with you my love/hate relationship with Northern California. We’ll explore its dizzying highs and terrifying lows in a way only a local can.

Before I ruthlessly bash my home’s shortcomings, let’s take a look at the truly world-class travel experiences in the Golden State…

In either case, I am very, very sorry.

Because this is one of the best – and underrated – National Parks in all of the U.S. Picture it: a collection of the tallest, largest and oldest trees in the world, spread out as far as the eye can see.

Since these giants’ thick, tannin-soaked bark is naturally insect-repellant, there aren’t a lot of bugs around… and consequently, not a lot of anything besides the trees and you.

Few forests are as silent as Redwood National Park. Or clean.

Oh, did I mention the Pacific Ocean is right next to this forest? Few places in California are as dramatic as where the redwoods meet the Pacific. 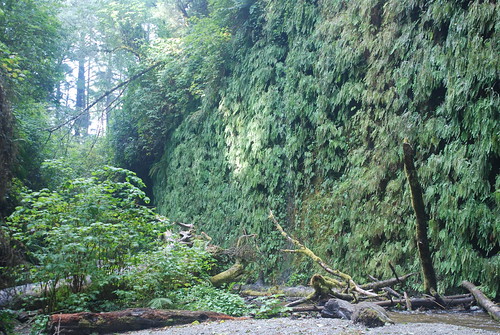 As you approach this small town off Highway 5 you’re forced to wonder: what the hell am I doing here?

But after a long drive through nothing, it appears like a mirage off in the distance. And after a few days here you’ll understand why people come here… and never, ever leave again.

First, it is home to Bidwell Park, the second largest municipal park in the country. You can walk, bike, hike, swim, BBQ and play Frisbee Golf every day for a month and still not see it all.

Second, Chico is where Sierra Nevada beer is brewed. This alone is reason enough for many to visit, but the real reason people stay in Chico is that you can drink Sierra Nevada in local bars for one dollar. That’s right: one dollar for one of the country’s best microbrews.

Thirdly, Chico has the best burger in the entire world. Seriously. I have taken over a dozen people to Nobby’s and EACH and EVERY one didn’t say a word while they ate…

… and then, after wiping the juices from their face, they look up as if awakening from a trance and say “Adam, that was the BEST burger I’ve ever had.”

Words cannot describe how good a Nobby’s burger is. It’s like explaining sex to a virgin; you just have to experience it yourself to understand. 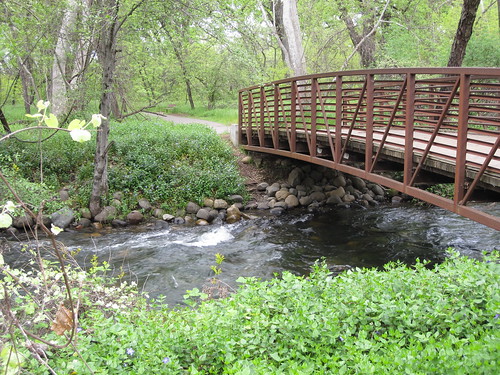 Yellowstone may be the country’s first National Park, but Yosemite is undoubtedly its best. It’s an expansive stretch of valleys, forests and alpine meadows dotted with granite domes slashed by the last Ice Age.

But you what? Most people just go to Yosemite Valley… which is insane. What you must do is head further east to Tuolumne Meadows, a sub-alpine collection of trails, granite domes and lakes.

I’m deadly serious about this. So serious, I have requested to my ashes to be spread there. 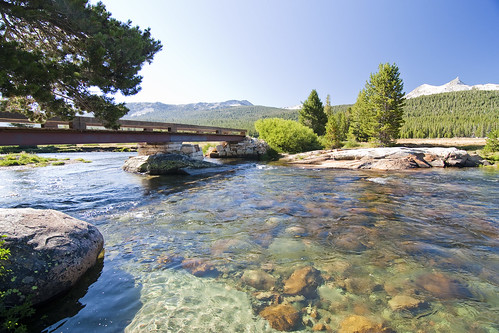 Arguably the most scenic drive in America, the Pacific Coast Highway (or PCH) follows Highway 1 down the northern coast and provides stunning views of the coastline and sea.

The best part is from Big Sur down to San Luis Obispo (both of which are well worth stopping in for a few days). 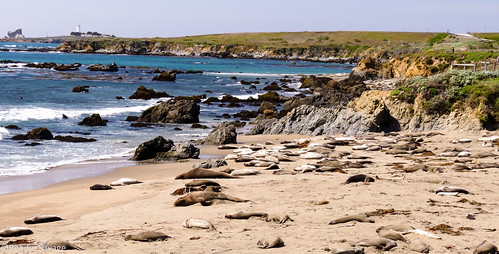 There’s no denying it: San Franciso’s skyline is gorgeous. Situated on the bay, you get views of the water, skyscrapers, Alcatraz Island (a must-see) and of course, the Golden Gate Bridge. In San Francisco, be sure to check out Chinatown, the largest Chinatown outside of Asia.

OK, that was the good stuff.

Now on to the nasty bits…

Wait a minute! Isn’t this one of California’s best?

Indeed it is… but there’s an ugly side, too. I’m not talking Los Angeles bad, but bad. I’ll come out and say it: San Francisco is dirty. There are bums, pollution and trash in many districts.

Plus, all those hills and lack of public transportation make it hard to get around.

I was born here. Back then, there was a discernible difference between towns and houses didn’t require the GDP of a small nation to purchase.

Then came Apple. And Microsoft. And Google. And Yahoo. And… you get the point.

Now, what used to a dozen different towns is one long stretch of strip malls, Applebee’s and tech companies.

It’s not just the land, either. The people aren’t nearly as friendly. My wife and I call them “Bay Area Zombies” because you can say hello to them and they… just… keep… walking.

Traffic anywhere from Gilroy to Napa is a nightmare. The zombies are in their cars, and the cars ain’t moving.

#4. Gas Prices and Lack of Transportation

The further north you go, the harder it is to get anywhere without a car. Buses crawl along at a snail’s pace, and trains don’t service many areas.

If you don’t have a car, Northern California is tough to get around.

What are your favorite (and most despised) things about Northern California? Let me know in the comments below!

Are you travelling soon?

Editor’s Note: This is a guest post by Adam Costa

Adam Costa is Editor in Chief of Trekity.com, a travel site which helps you find, plan and share your next adventure. He is also the co-founder of Travel Blogger Academy. Follow Adam on Twitter.

I love this retrospective of California such a diverse and amazing place. I agree Yosemite Valley is insane. But San Francisco dirty? Yes if you hang out in the worst districts, but I never found this to be an over-riding issue or concern. Even with the hills, I never had trouble getting around given the Muni and Bart. It’s the only “big” city I’ve lived and it’s my favorite. It’s small enough to be manageable and has so many distinct neighborhoods.

Great to read your feedback, I know this is a controversial post as everyone loves SF and I am keen to visit it!

Yep, I agree parts of SF are worse. Maybe it’s because I’m from there, and have just seen it too many times.

It’s such a small world! I follow your blog closely for inspiration, education, and to admire your experience. I am relatively new the professional writing world.

It was a surprise to read your blog post today and see my hometown as one of your favorite California spots! I was born and raised in Chico, and lived there up until 2 years ago when I started my own travels.

It’s amusing to see you call Nobby’s the “best burger in the world” with the amount of burgers I am sure you have ingested in your many journeys!

Chico truly is a beautiful place, and I am glad that you were able to share it with your readers on such a large scale. It is too often only known for its ‘party scene’ due to the college and bad press. Thank you for shining a light on the rare true beauty of this small town. We love our city of trees!

I went to Chico State and fell in love the town. California is full of those little surprise and hope that some of the readers will take a few extra days to visit them. Thanks for commenting.

I really appreciated your writing style! I’m sorry I didn’t notice it was a guest post until after I commented.

Chico State is a really wonderful school. Both my siblings graduated from there. My sister went on to credential and become a high school math teacher. It’s truly a beautiful campus. Chico itself has so many beautiful and serene sights to offer.

The only thing I didn’t like about Chico was the summer heat! Ironically, I am currently living in Maui. I did find a spot that is cool, breezy and it rains often.

It is nice to see a fresh perspective on California, especially Northern California. So many people only see how the media represents Southern California and miss out on the rare beauty and diversity available up north. I actually wrote a blog post myself on Chico you can find on y my blog.

Thanks so much for this well-written and fresh perspective! I look forward to reading more from you.

Microsoft is a Silicon Valley company? Are you sure about that? ;-)

It’s pretty funny for this author to state that San Francisco has a poor public transportation system. (Ever looked up http://www.511.org, which offers point-to-point guidance around the Bay Area via public transportation?) And to generalize by saying that “San Francisco is dirty” is a completely illegitimate point of view. (Get away from the Financial District, Fisherman’s Wharf, and off the Embarcadero, please!)

As for automobile traffic around the Bay Area, a little common sense (avoid long trips or crossing the GG Bridge and Bay Bridge during rush hours) goes a long way.

Thanks for sharing that link for the public transportation and the tips on avoiding traffic. Hopefully the readers will find it helpful.

As a northern California native, I completely agree with your other recommended sites. As a I’d need a lifetime to cover every corner, but glad to hear you’re thoughts and suggestions.

Rush hour in the Bay Area: Daylight. At least.

The City, though, I can get across really fast because I know all the shortcuts.

California as a whole is amazing.

The Arcata to Ferndale Cross Country Kinetic Sculpture race is one
of the most fun experiences in my life.
I never even knew there was a Northern California until I went up there.

First, apologies for being tardy here with a comment. Next, congratulations to the author and guest poster for the excellent topic selection — northern California.

As an accredited ‘native Californian’, I want to add some minor amount of information to this wonderfully adequate post. Silicon Valley is familiar to us, we have family members that live-work-thrive there. In 2009 over at my blog, I posted about Silicon Valley.

Previous post: Why I Jetted off to Canada and a Vancouver Video I Love

Next post: Who are the Happiest People in the World? Photo Travel Story