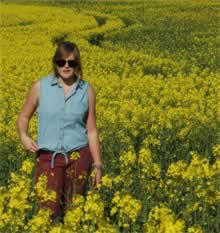 21 Reasons Every School Leaver Should Travel

When I left school I had a year out, or a GAP year as it’s called in the UK. Admittedly I signed up for a year of travel for all the wrong reasons: as a delaying mechanism because I didn’t know what I wanted to do with my life, as a form of escapism because the weather’s terrible in England, and for therapy because I felt like a misfit and was looking for somewhere I did fit in.

There were more reasons too, all of them bad, but that year overseas still ended up being a formative year, a time when I learnt important life lessons which I’d have picked up at university later or in my first forays into the workplace.

So I’m passionate about encouraging young people to travel, enabling them to have new, independent adventures away from their usual support networks and showing them, not just telling them that they can do anything.

My year overseas wasn’t particularly adventurous. I spent six months in France working as an au-pair (read badly paid nanny) and six months doing the same thing in the USA.

I looked after three kids under the age of five in France, was paid $40 per week and was treated like a dog. Then in the USA I was in charge of one delightful seven year old, lived with a family who loved and appreciated me and got paid about six times as much as I earned in France.

I never kept in touch with that family in France but I went back to work for the family in the USA again several times and am still friends with them today. These are the three main lessons I learned from my travel experiences after leaving school:

In theory I could have stayed in the UK and worked for two different families there and learned the same lessons so why am I so passionate about the travel experience? Here’s why every school leaver should travel:

1. To experiment and try new things you can’t do at home.

2. Fearful young people who don’t want to try new things will be obliged to push themselves out of their comfort zone. All those challenges faced and fears overcome will put them on the path to confidence.

3. It’s harder to run away and give up if things don’t go your way if you’re overseas and the real learning takes place in the moments after the point where most people would have quit. Click to tweet!

4. Because you can’t go home to mummy when things go wrong if you’re overseas so you’ll learn how to sort out your own problems.

5. It’s easier to break old habits and start new ones because traveling is a chance to reinvent and improve yourself.

6. Freedom to be who you really are away from friends and family who have preconceived ideas about you and what you should be doing with your life so you can get in touch with your real tastes, opinions and values for the first time.

7. Because everything is new and different when you travel so you’ll make memories, both negative or positive, that will guide you in future decisions for life.

8. To see that writing wish lists and checking things off bucket lists is a waste of time and learn that seeing the Eiffel Tower isn’t a big deal but working out how to get there and following through on that is.

9. To be forced to see the world differently which is something that people who don’t travel avoid.

10. So they’ll become more open-minded, adaptable and mindful of other people.

11. To really realise that the world doesn’t revolve around them.

12. To fight racism and see that everyone around the world is basically the same.

13. To fully appreciate the advantages you have in life, be it a beautiful face, an agile mind or a trusty trust fund.

14. Because it’s hard to work out what to do with your life when you’re  only18 years old. Travelling for a year off takes the pressure away so all those young people who go to university because they don’t know what else to do will save themselves a lot of time and money.

15. So you’ll feel more relaxed and happier with plenty of time to figure out what to do with your life if you don’t know what you want to do.

16. To avoid the deeper issues that scare young people because they’ll be so busy learning new languages, figuring out new transport systems and working to support their travels.

17. To buy time to mature naturally, not just because you turned 18 and society says you’re a grown up now. Then young adults can come up with better options and answers than they would when pressured to make a decision about what to do with the rest of your life too fast.

18. Because you’ve got your whole life to have a family, build a career and start saving for retirement. Once you get on that treadmill it’s hard to get off so it’s better to avoid it for as long as possible and after leaving school is the best time.

19. No one regrets taking a year out to travel. It just doesn’t happen. But many people regret being wage slaves.

20. To learn the difference between travel and tourism so they don’t waste the rest of their lives working like slaves to save up to visit foreign landmarks or get drunk on pretty beaches.

21. For fun because that’s what life is really all about.

So travelling for a year pays school leavers in experience but many say they don’t have enough money to pay for their travels.

The main reason most people don’t take a year off after leaving school is  money. But a lack of money is the excuse people use to avoid anything that will push them out of their comfort zones. Most kids can earn enough money working a summer job to buy a plane ticket. Half the time they won’t even need that because you can always travel overland and with a bit of planning you can even travel, eat and sleep free.

There are jobs galore once you get overseas. Nannying, picking fruit, working in hostels, in kibbutzes, in restaurants or a myriad other options. Sure they’re not well paid, they’re not a stepping stone on the ladder to career success but no matter how rough you travel or what lowly jobs you take to fund travel after you leave school it’s worth it.

Taking a year out isn’t just a rite of passage for well to do school leavers, it’s an experience that every young person should have.

Did you travel after leaving school? Do you plan to? Would you like your children to travel when they leave school?

Get the weekly newsletter – For email updates from Get In the Hot Spot click here to subscribe now.

Hi Annabel, I did a similar thing as you, I was an au pair in Italy. It was a fantastic and also a terrible year… I did learn so much. When I got to uni and we had to have music off by 12 midnight, I was shocked and thought life was pretty dull. Met so many people, including the Aussie pal who told me that I MUST come to Oz. I did and here we all are.

I liked no.19 especially, great point.

This is a wonderful list! And, like Seana above, I LOVE #19. (Though I’m trying my best to keep traveling and never be a wage slave!)

Great to see your smiley face here and thank you for the gorgeous feedback. That sounds like a great goal in life :)

Hello!
I am from India and I just got out of college.
I wanted to do something similar but I have no savings.
Plus, the Indian Rupee converted to most foreign currencies would make very little.

I have now joined a small office but don’t like it much here.
I have no clue where I am heading.
(It’s more hard-breaking because I did my major in Economics from one of the best schools in India)