When I was a kid we didn’t go trick or treating because my dad banned it saying Halloween was an evil American invention.

Well, he probably didn’t use those actual words but that was the gist of it. Even back in the seventies globalization was a concern.

20 years later, when I had kids of my own, a little voice in my head nagged that Halloween was just a commercial holiday, a way to sell more sweets and an unfortunate by-product of globalization and greed.

But part of me just wanted to celebrate Halloween anyway.

When my kids got old enough they were keen to go out trick or treating. Mad keen. The Candy kids get even nuttier on Halloween

So we compromised by dressing up then going trick or treating at friends’ houses. They were prewarned about our visit and would be sending their kids round to our house too. 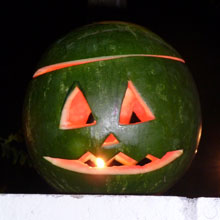 That was in New Zealand and it’s no surprise the kids loved it.

I grew up in England and Halloween is very different there than in the United States. In England you have to dress up as something scary – think witch, ghost or zombie – but in North America Halloween seems to embrace dressing up as anything you please.

We went to several fantastic Halloween parties organized by Canadians and Americans in Costa Rica with everything from cheerleaders to gorillas represented.

We don’t get enough excuses to dress up and tap into our inner child so now I embrace Halloween. 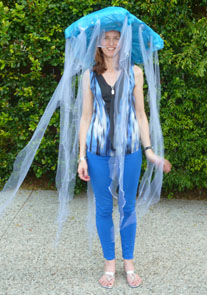 I have no idea why I wanted to be a giant blue jelly fish. But I did.

Yes, I am anti-globalization. I’d love every country to celebrate their own unique festivals and I’ve enjoyed celebrating many of them too.

But heck if I want to celebrate Halloween I will. Greed and globalization aside it’s got a lot going for it.

We have fun on Halloween. We come up with evil ways to make Halloween lanterns out of watermelons, we eat sloppy red jelly disguised as brains and we get dressed up as giant blue jellyfish.

Sorry dad – I’ve moved to the dark side and I love it.

I just wish you were still around so you could join in too. 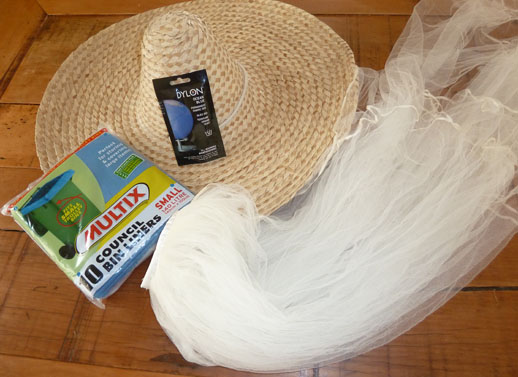 Want to be a jellyfish? This is what you need, plus lights or glow sticks to put inside so you glow after dark! 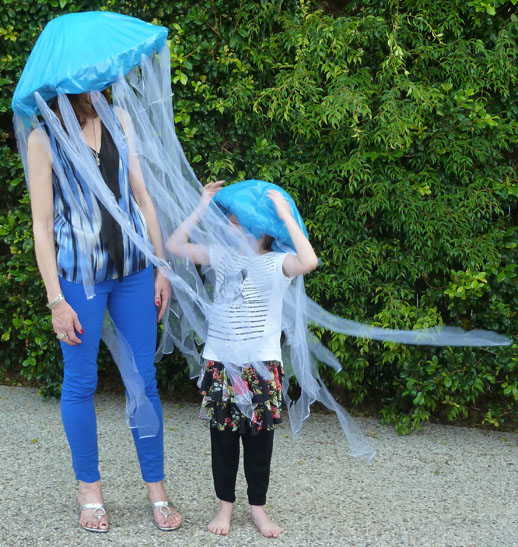 Here's the finished product - me and my girl all set to GLOW at a Halloween party. 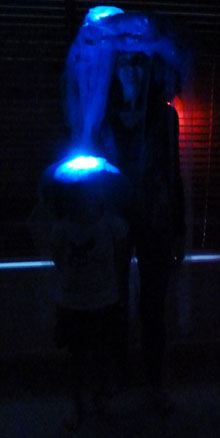 What’s your take on Halloween? What makes you happy?